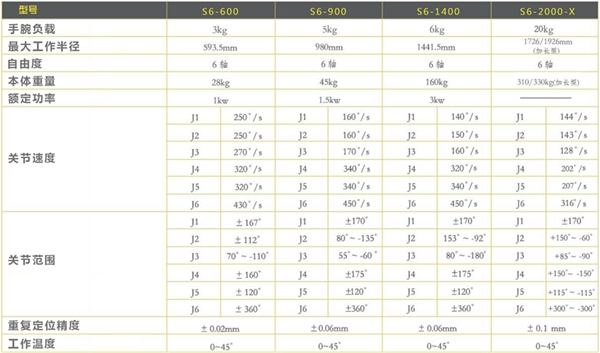 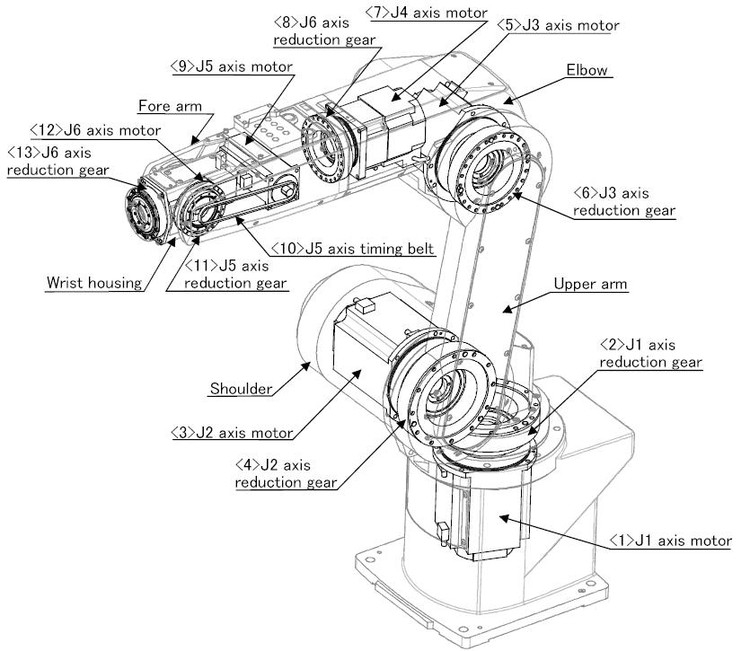 The picture above shows the mechanical structure of a common six-axis spraying robot. The six servo motors directly drive the rotation of the six joint shafts through harmonic reducers, synchronous belt wheels, etc., pay attention to the structure of the first, second, third, and four-axis, joints The drive motors of one to four are hollow structures. It should not be common for the drive motors of articulated robots to adopt a hollow shaft structure. The motors of the hollow shaft structure are generally larger. The advantage of using a hollow shaft motor is that the various control pipelines of the robot can pass directly from the center of the motor. No matter how the joint shaft rotates, the pipeline will not rotate with it. Even if it rotates, the pipeline has a small rotation because it is arranged on the axis of rotation. radius. This structure better solves the pipeline layout problem of the six-axis spraying robot.

3. The robot is explosion-proof, environmentally friendly, and has high safety performance, and the operation and control are simple and easy to learn.

4. The spraying robot can spray 2-5 different products at the same time, and one unit can be used for multiple units.

5. The spraying robot has a long service life, no wearing parts, simple maintenance, and fewer wearing parts such as guide rails and belts than the five-axis spray booth;

7. For the corners of the motion trajectory, the arc filtering function can be used. There is no need to stop at the end of the line, and the arc is filtered directly to the next line. The speed does not stop, which improves the efficiency and reduces the start-stop impact.

8. The spray gun trigger can be added to the motion track, and the spray position switch gun can be added according to the product needs to reduce the waste of paint.