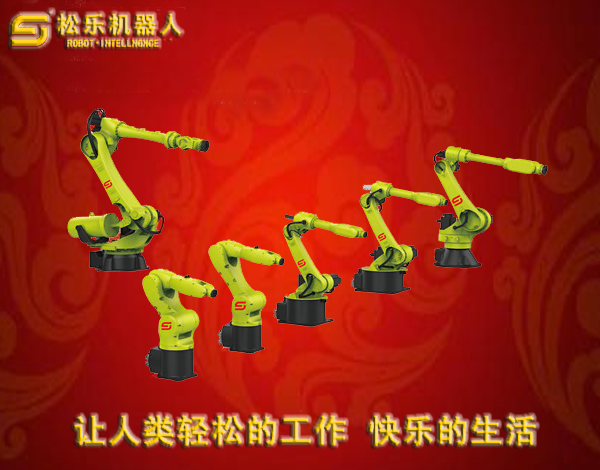 1. The application environment of the robot body

First of all, what needs to be determined is the application environment and application process of the robot body.

If the application process requires human-machine collaboration, that is, it is completed by robots next to humans, semi-automatic process lines, collaborative robots should be a better choice.

If you need a compact picking and unloading robot, you can choose a horizontal articulated robot.

If you are looking for a way to quickly pick and place small objects, a parallel robot is more suitable.

The horizontal articulated robot can be adapted to a very wide range of applications, from taking, unloading to palletizing, as well as special processes such as spraying and welding, and the articulated machine can be realized. When choosing an industrial robot, you can choose a suitable robot model according to the specific application environment.

2. The payload of the robot body

The effective load is the maximum load that the robot body can carry in its working space. The base load ranges from 3KG to 130KG.

In addition, special attention should be paid to the load curve of the robot. The actual load capacity will be different at different distances in the space range.

3. Degree of freedom of the robot body (number of axes)

The number of axes configured by the robot body is directly related to its degree of freedom. If it is for a simple straight-forward occasion, such as picking and placing from one belt to another, a simple 4-axis robot is sufficient.

However, if the application scene is in a small working space and the robot arm requires a lot of twisting and rotation, a 6-axis or 7-axis robot will be the best choice.

The number of axes generally depends on the application. It should be noted that under the premise of cost permitting, selecting a larger number of shafts is not a problem in terms of flexibility. This facilitates the subsequent reuse of the modified robot to another application process, which can be applied to more work tasks, rather than finding that the number of axes is insufficient.

4. The maximum range of motion of the robot body

When evaluating the target application environment, one should understand the maximum distance that the robot body needs to reach. Choosing a robot body is not only based on its payload, but also requires comprehensive consideration of the exact distance it reaches. The horizontal movement range of the robot, pay attention to the non-working area near and behind the robot.

5. Repeatability of the robot body

Similarly, this factor also depends on your application. Repeatability can be described as the ability of the robot body to complete routine tasks to reach the same position every time.

Generally between ±0.05mm to ±0.02mm, even more precise. For example, if you need your robot to assemble an electronic circuit board, you may need a robot with super-precision repeatability. If the application process is relatively rough, such as packing, palletizing, etc., the working robot does not need to be so precise.

On the other hand, the selection requirements of robot accuracy in assembly engineering are also related to the transfer and calculation of dimensions and tolerances in each link of assembly engineering, such as the positioning accuracy of incoming materials, and the repeated positioning accuracy of the workpiece itself in the jig. This indicator is expressed as ± from the 2D perspective. In fact, since the robot's motion repetition points are not linear but 3D in space, the actual situation of this parameter can be the task position in the annular space within the tolerance radius.

Of course, the motion compensation with the current machine vision technology will reduce the robot's requirements and dependence on the accuracy of incoming materials, and improve the overall assembly accuracy.

This parameter is closely related to each user. In fact, it depends on the CYCLE TIME that needs to be completed in the job. The specification table lists the maximum speed of this model of robot, but we should know that considering the acceleration and deceleration from one point to another, the actual operating speed will be between 0 and the maximum speed. The unit of this parameter is usually measured in degrees/second.

Seven, the weight of the robot body

The weight of the robot body is an important factor in the design of the robot cell. If an industrial robot must be installed on a custom machine or even a guide rail, you may need to know its weight to design the corresponding support.

8. Braking and moment of inertia

Robot manufacturers usually provide information about the robot's braking system. Some robots are equipped with brakes for all axes, and other robot models are not equipped with brakes for all axes. To ensure precise and repeatable positions in the work area, a sufficient number of brakes are required. In another special case, when an accidental power failure occurs, the axis of the load-bearing robot without brakes will not lock up, which may cause accidents.

At the same time, some robot manufacturers also provide the moment of inertia of the robot. In fact, this will be an additional guarantee for the safety of the design. You may also notice the torque used on the different shafts. For example, if your action requires a certain amount of torque to complete the job correctly, you need to check whether the maximum torque used on the shaft is correct. If the selection is incorrect, the robot may be down due to overload.

Nine, the protection level of the robot body

According to the use environment of the robot, select a standard that reaches a certain protection level (IP level).